The owners, both in the construction trades, worked on the renovation and addition themselves with minimal help from subcontractors. The existing house, constructed from salvaged lumber and rotting on the north side, was enlarged so that no new load was added to it, and the design worked around the existing plantings of mature boxwoods, holly, and a specimen ash tree.  Salvaged elements were incorporated, such as siding from an old railroad depot, fieldstone hauled from a farm in Free Union, and soapstone culled from a scrap pile in Schuyler. 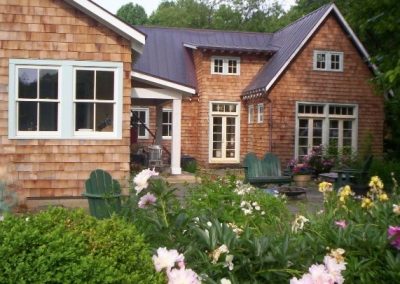 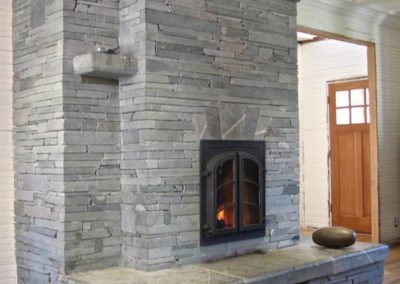 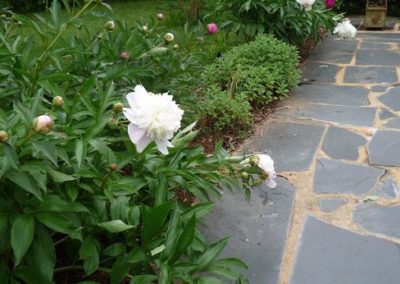 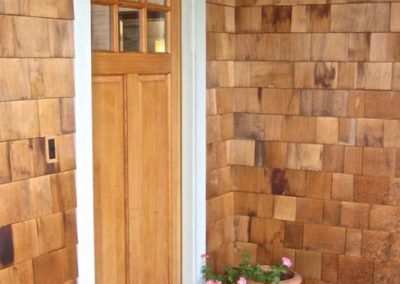 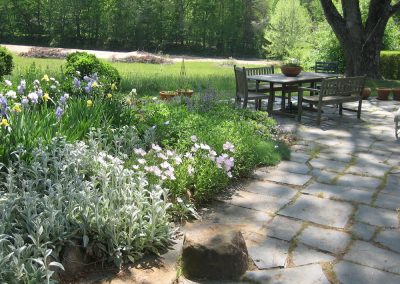 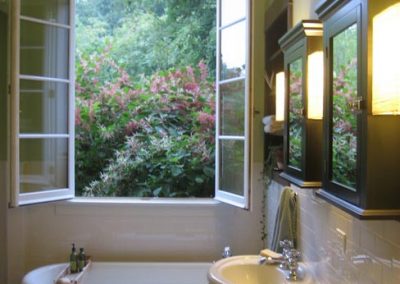 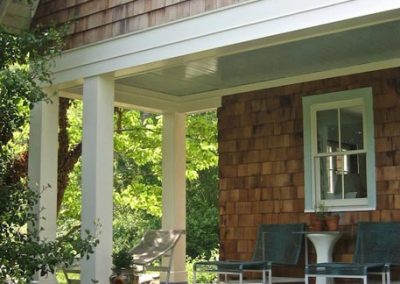 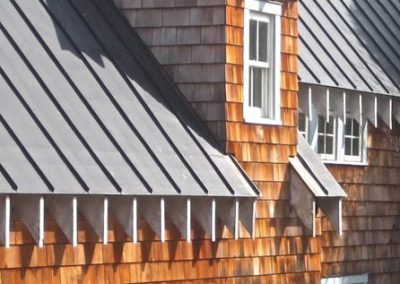 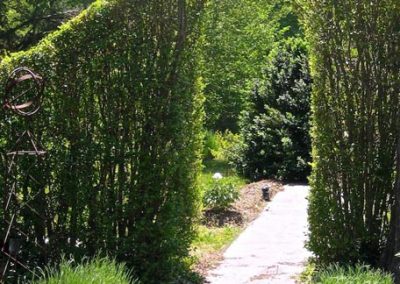 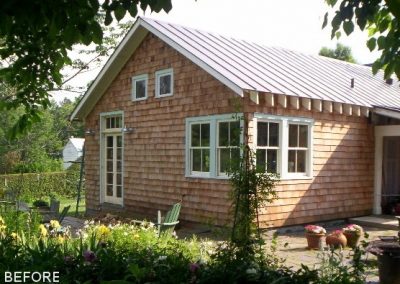 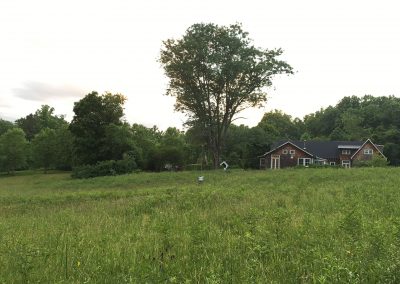 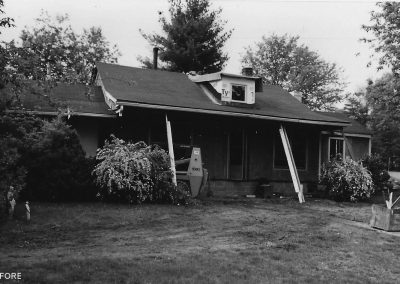 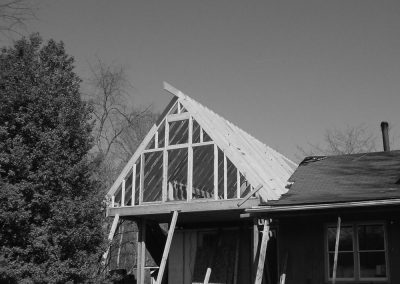